You might ask what is that all about, well it is about the little guy we were all expecting to come into this world. He is here and his Glammy finally has time to sit and write about his welcoming party. 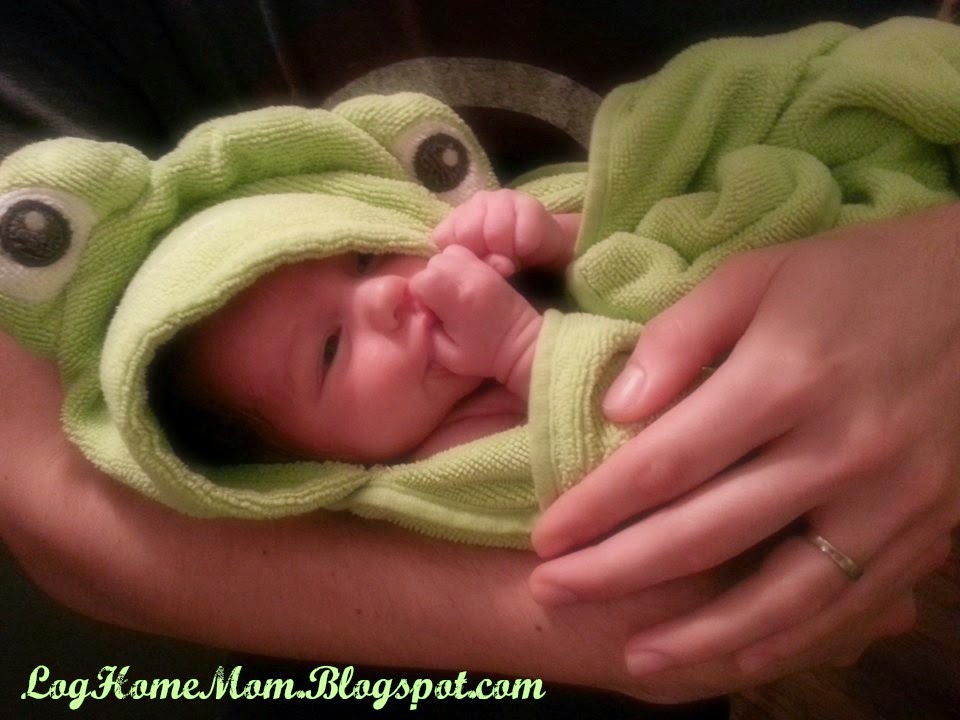 I know I have said before that I have been blessed with girls that have allowed me to throw parties for them. My oldest even let me do her wedding with little input! She wanted to help with the shower but I wanted her to be just as surprised as everyone else.  As soon as she gave me a theme, I went with it. I just love the chevron patterns and burlap so I threw those in to.


I want to thank a special young lady, Kiara from Keaton Photography. She photographed some of the photos you will see here and in the next 2 installments. If you live in the Central Florida Area, I HIGHLY recommend you call her. She is such a delight and has captured many family moments for us!

Since I know from the wedding how time consuming actual invites are and the fact that we did not want anyone to be excluded from the shower and we could keep track of everyone coming, we decided to do Evites for the invitations. We mainly used facebook as the reach point for everyone unless they were not on facebook, we emailed a link. Which almost went off without a hitch until I got a message on facebook a week later asking why they were not invited. I could not have been more clear “if you can see this, you are invited” probably 6+ times. While I feel bad that someone felt left out, I made every possible attempt to make sure everyone knew. Again, if you are reading this and felt left out, I am so very sorry, it was not our intention.

My daughter did ask that instead of a card that they give a book so that he had his own little library. It is almost cheaper to by a book than a card now in days. Here was the saying on the Evite: 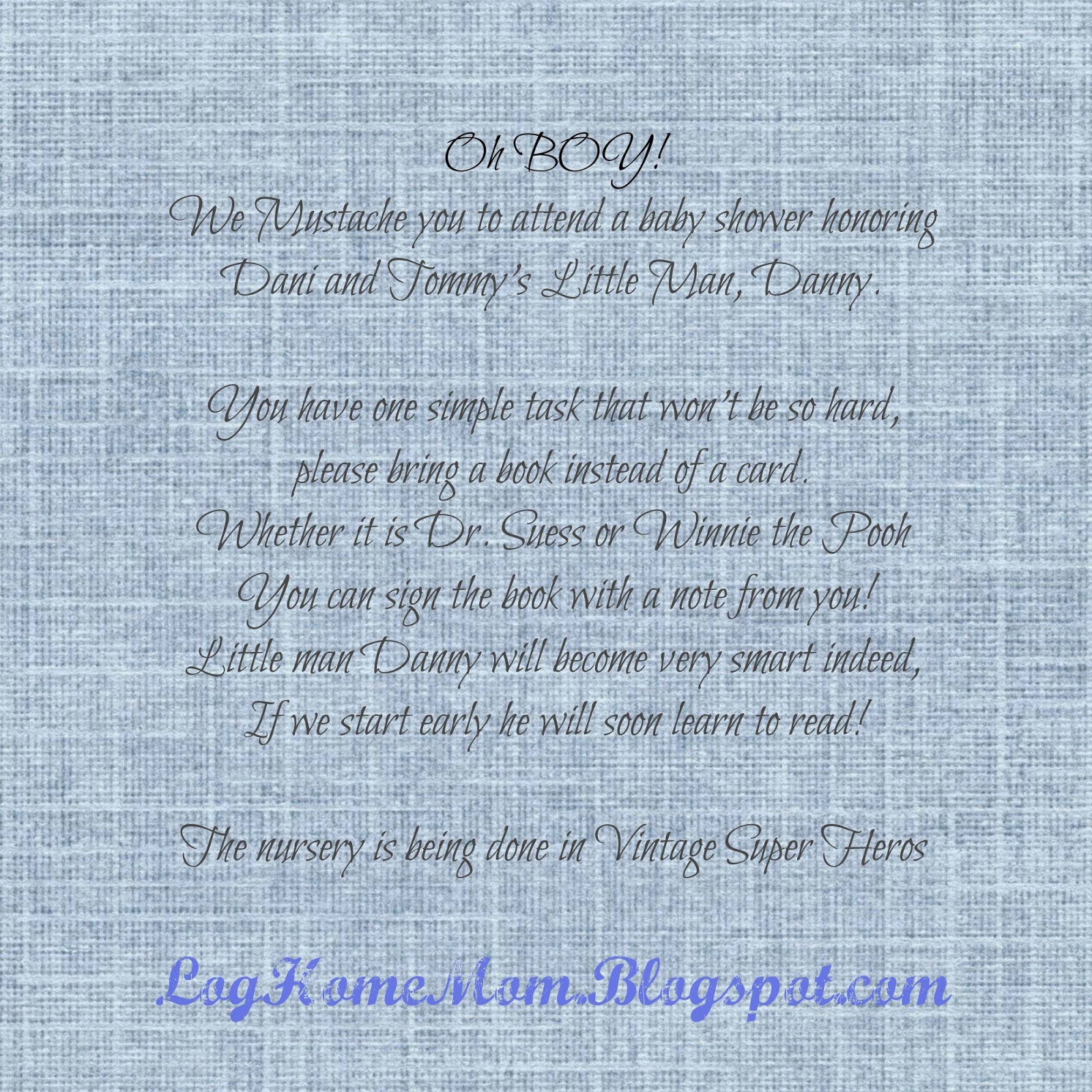 The planning was 2 months, which for all I want to do, is not a lot of time. I planned on doing everything by hand and designing it myself. While I did use Pinterest as inspiration on some things. I shared with you a couple of months ago the paper flowers I made. Dani did get to help me on those but she had no idea what I was doing with them. 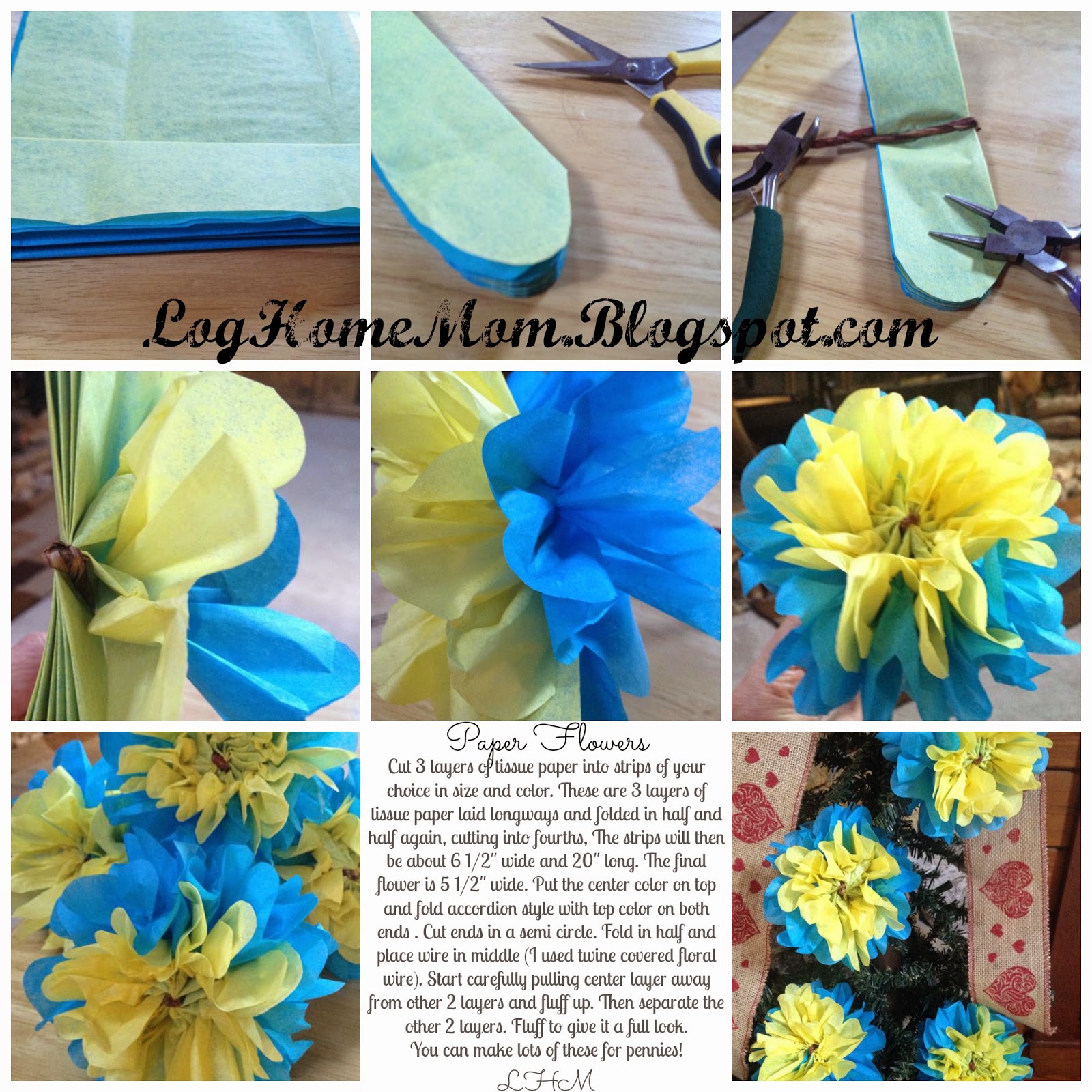 I made several fabric chevron bowties. I had no idea at the time what I was going to do with them. 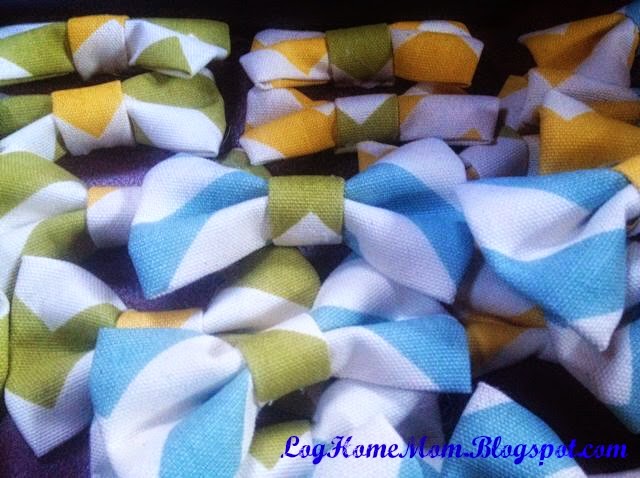 I decided since I was going to need so many paper mustaches and bowties to buy the diecut for them. It was a fun time cutting them all out! 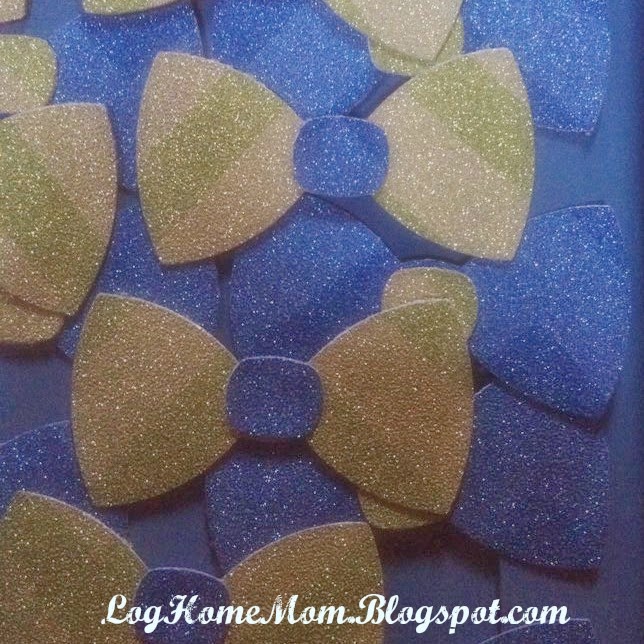 I found a print at Kirklands of a blue chevron mustache ON clearance for $5, It was PERFECT above the fireplace. 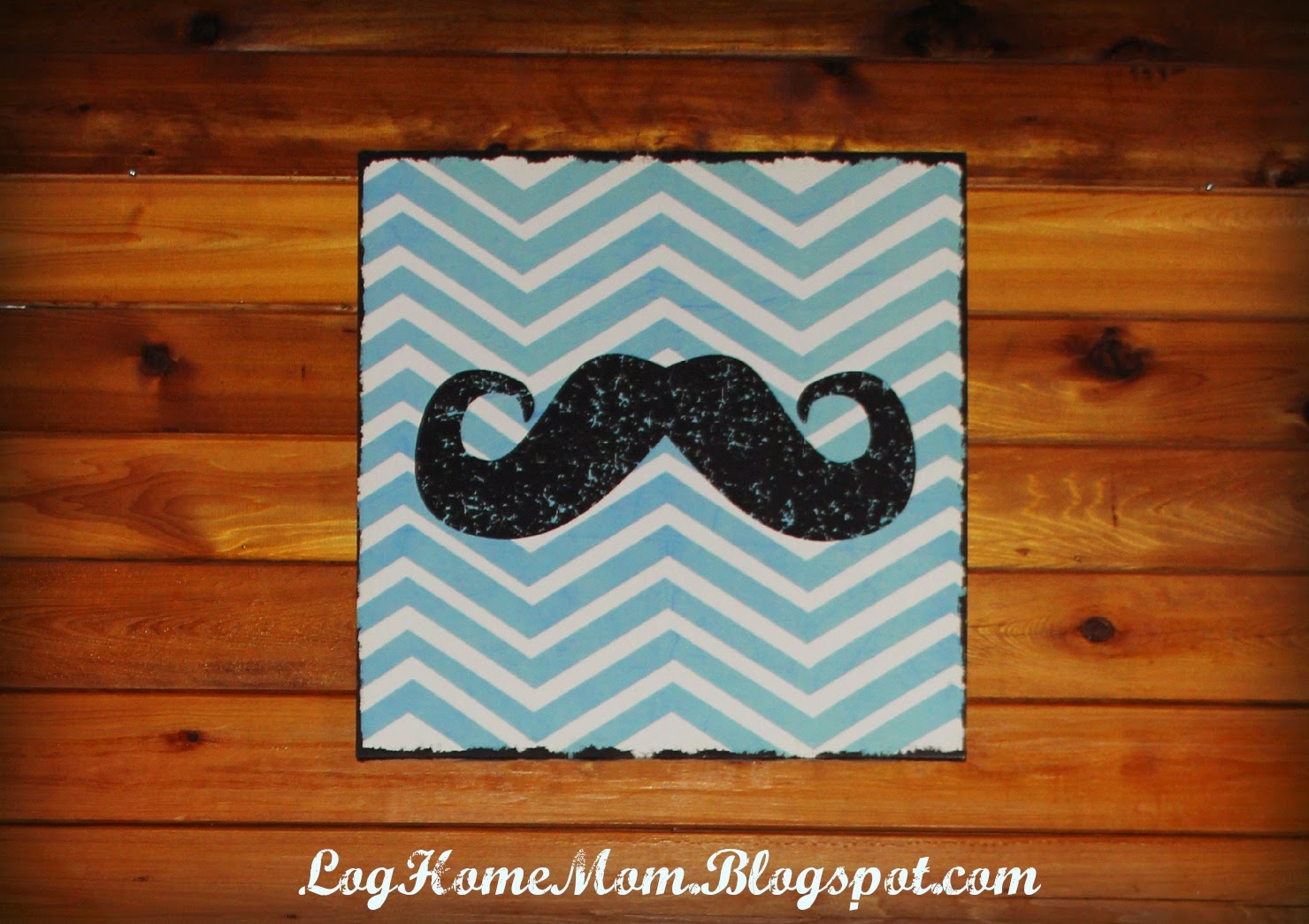 I knew I wanted a banner with DANNY on it. I just had to figure out exactly what I was looking for. I found alphabet burlap letters at Hobby Lobby. I needed 2 sets for the n’s. I used my 40% coupons. I did find that with each letter I used, the sides that were cut on the burlap were not sealed, so I took clear nail polish and ran along all the sides. I used the bowties I made to go between the letters. 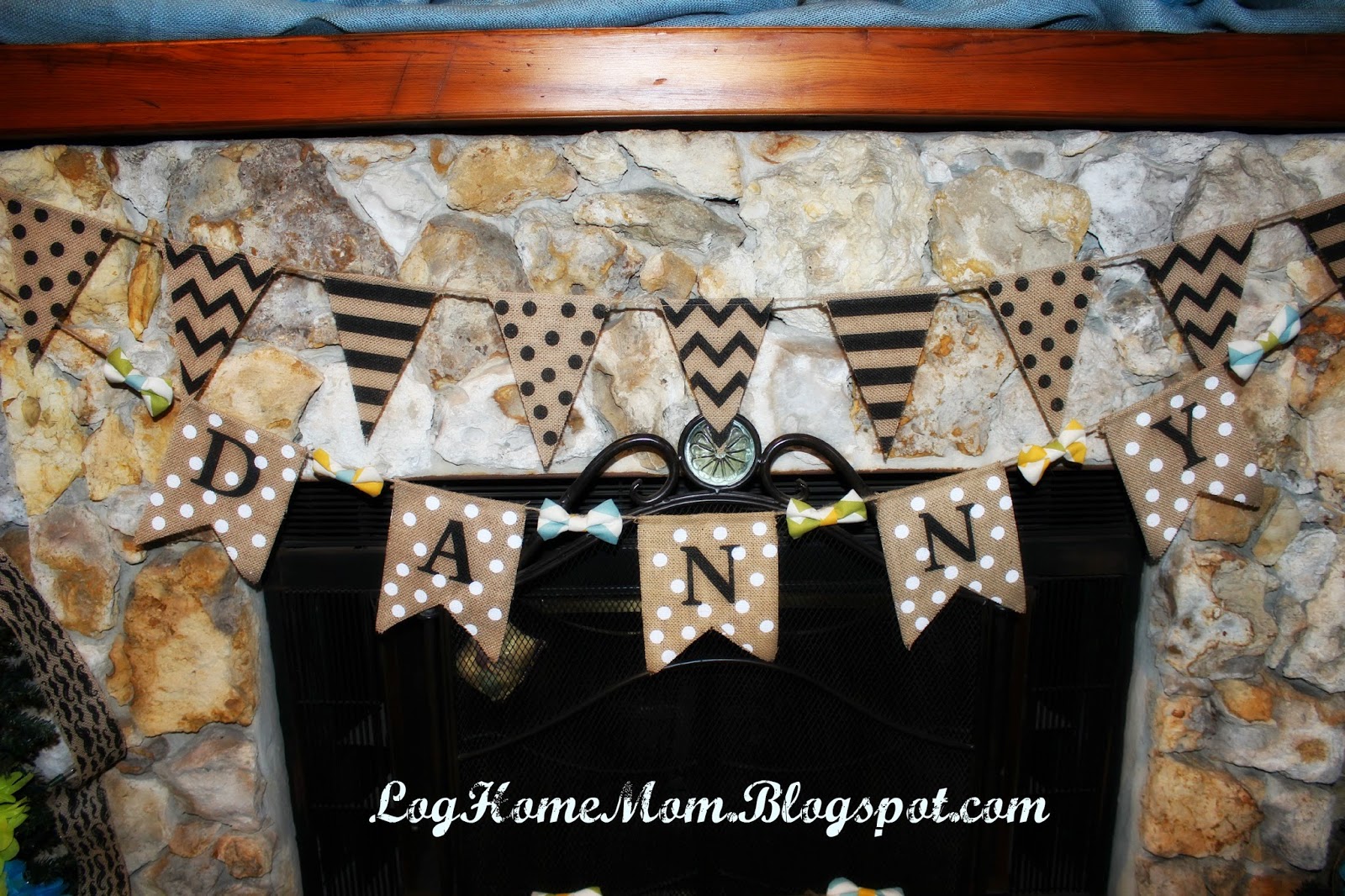 I had extra letters and decided to use them for the “cards” suitcase, 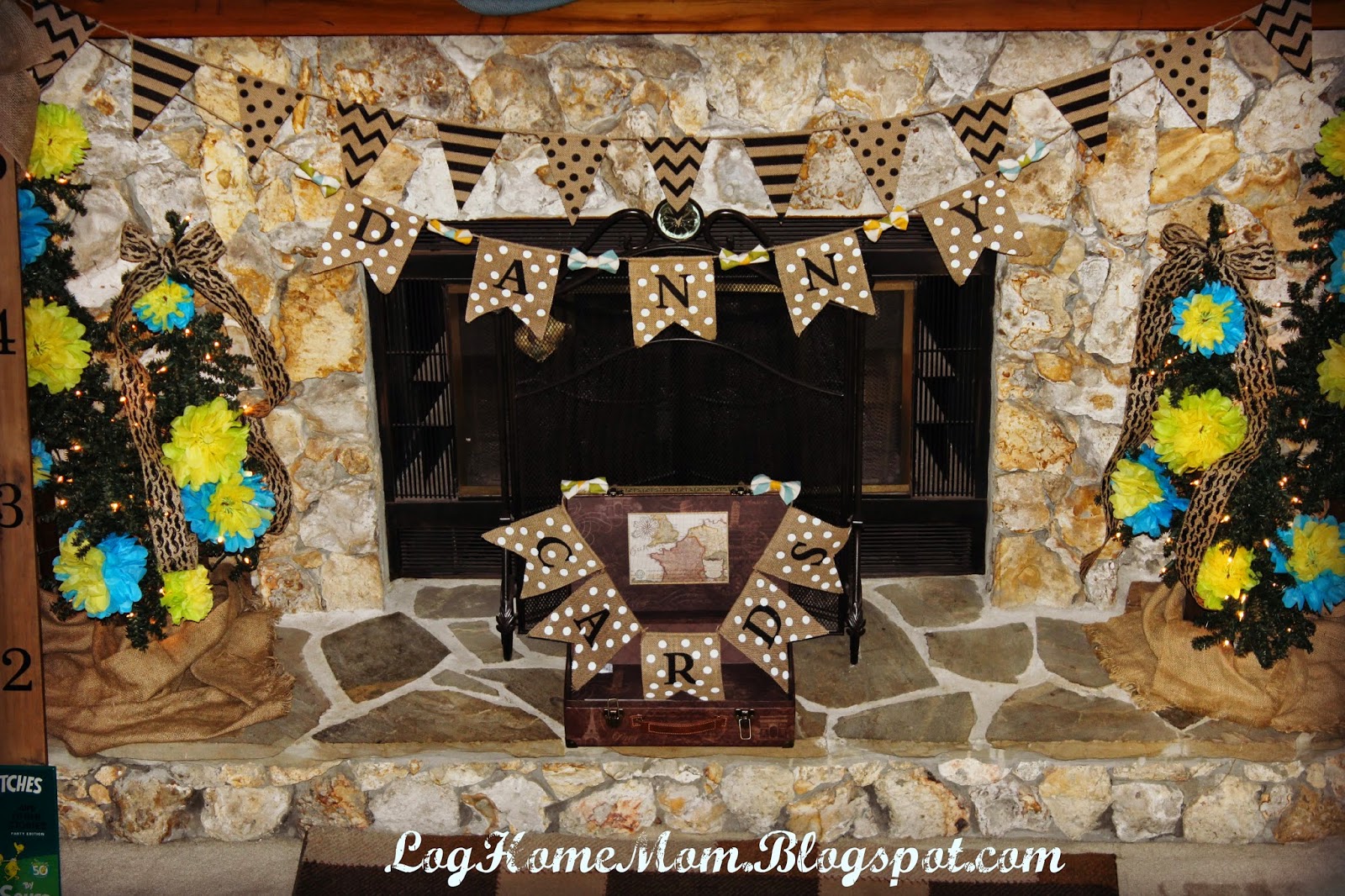 The “mom” to be table 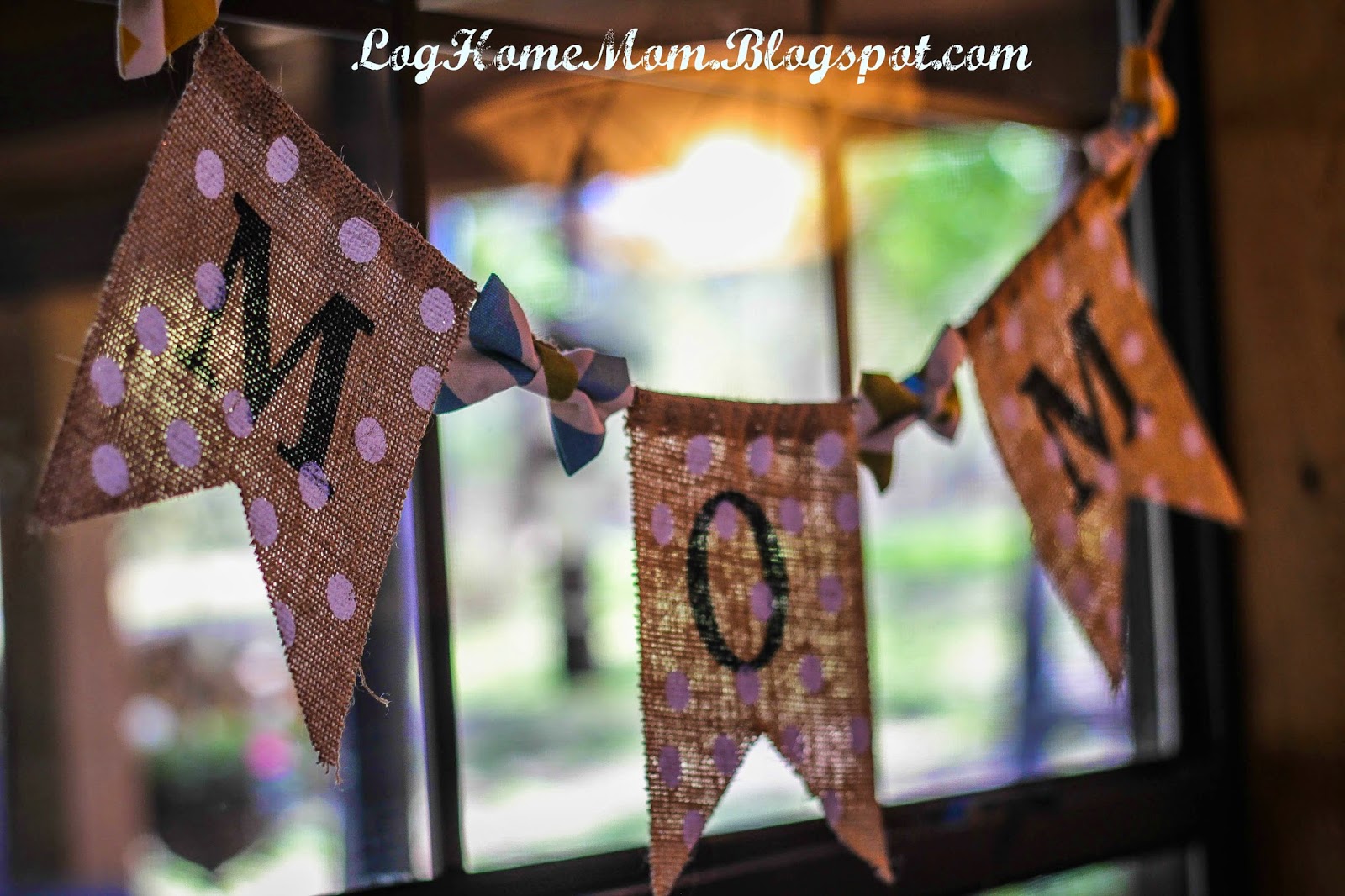 And the “gifts” area. 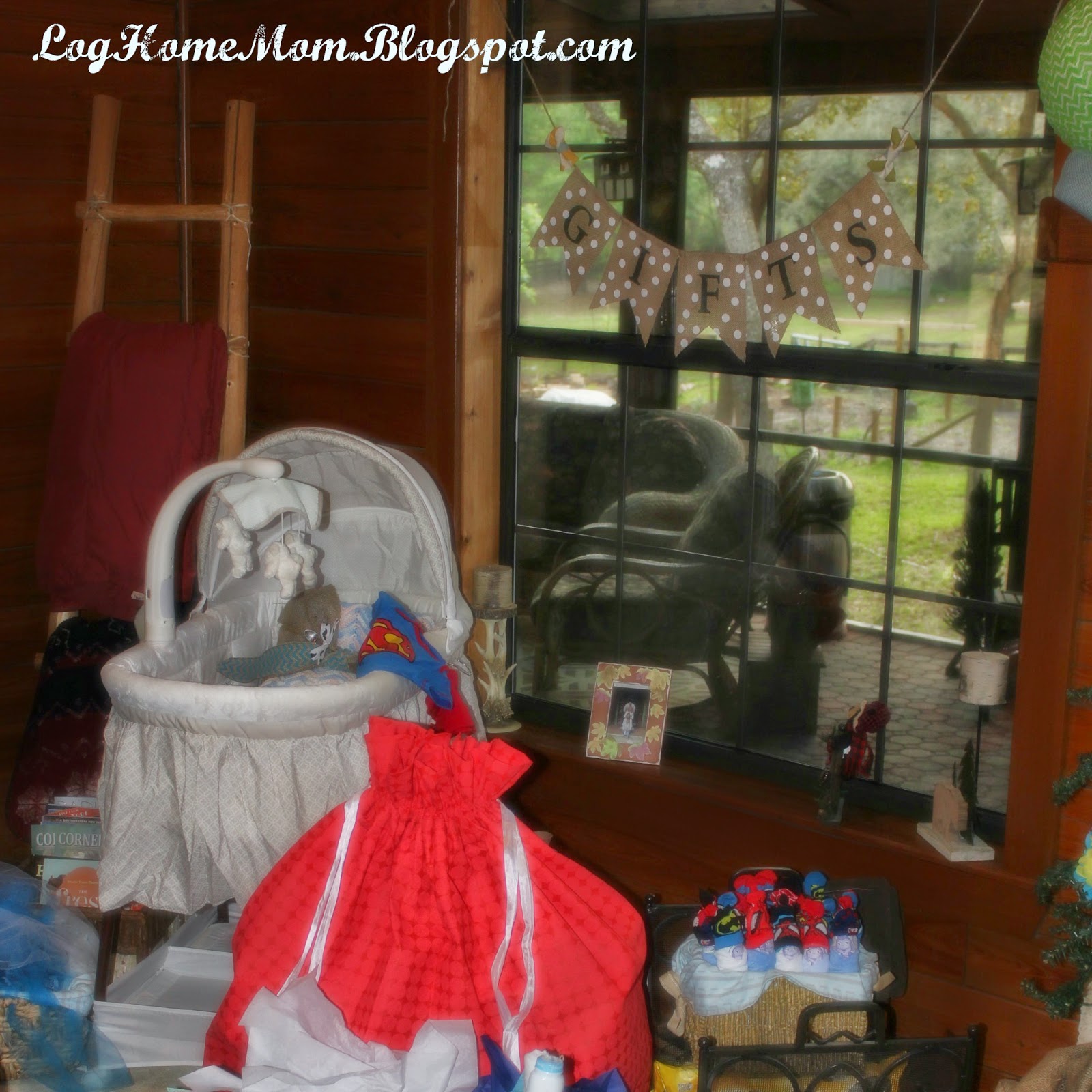 It all looks adorable.
There is so much more to “show” you. I am breaking this up into sections. Please look forward to the next post!