All in or Luke Warm?

Jesus calls us to disciple like He would. Not that we are God, but we are the World’s view of Him. Let’s face it, the world reads the Christian not the bible. So what does your version of being a Christian sound, look and act like?
I admit, I fail daily to be like Him. But I get up and try again with each new day. For Romans 2:23 tells me “for all have sinned and fall short of the glory of God” At the end of my life on earth, I want people to look at my life and know that I believed in Him. That I showed that belief so much that they too believe in Him.


How easy is it to be selfish, self centered and say you are not relying on Him. Or that you don’t even believe there is a God? To say you alone are in charge of your destiny. Make no mistake, scripture (God’s Word), is very clear for He says in Jeremiah 29:11 For I know the plans I have for you, declares the Lord, plans for welfare and not for evil, to give you a future and a hope.

He says, He knows! We however want to ignore His potent words and plans and set out to destroy all He has in store for us.

We alone are in charge of our destination. That is our choices in life will determine where we spend eternity. Going to Heaven, that’s because you made unselfish choices that brought the Glory to the only One who deserves it. Going to Hell, that is because you chose the path with the free will He gave you. The path of destruction, selfishness, or maybe you even think you are a good person. Good people will go to hell. Make no mistake.  John 1:12-13 But to all who did receive him, who believed in his name, he gave the right to become children of God, who were born, not of blood nor of the will of the flesh nor of the will of man, but of God.

Scripture also tells us that no one is good, except Him. Mark 10:18 says "Why do you call me good?" Jesus asked. "Only God is truly good.”.

Some people even think that their works will get them into Heaven. No where does God say this, what He does say is in Ephesians 2:8-9, "For it is by grace you have been saved, through faith — and this not from yourselves, it is the gift of God — not by works, so that no one can boast"

God doesn’t want us luke warm or in that gray area.  The most revealing of that is in Revelation 3:16 “So, because you are lukewarm--neither hot nor cold--I am about to spit you out of my mouth.” Say you go to church on Sundays, Tithe, even head out the door feeling good, that doesn’t make you saved or a Christian. Then the rest of the week you live like the world lives, going places the world goes, drinking and eating things the world does. Watching and listening to what the world watches and listens to. That makes you Luke Warm. He wants all of us, not the Sunday us, not the feel good us. ALL of us. Proverbs 16:25 reads, "There is a way that seems right to a man, but in the end it leads to death."

So what must we do to not be Luke Warm? We have to continue on a forward path, meaning we have to repent and turn away. Doing unhealthy, unChrist like behaviors, asking for forgivenss and going back out and doing them again is not repenting. Repenting is turning away from sin.  Jesus said go and sin NO more. Acts 3:19 tells us  “Repent, then, and turn to God, so that your sins may be wiped out, that times of refreshing may come from the Lord”

If your heart truly believes, you will live like He has called you to live, not how the world lives. For you will produce fruit.


Galatians 5:22-23 tell us “22 But the fruit of the Spirit is love, joy, peace, patience, kindness, goodness, faithfulness, 23 gentleness and self-control. Against such things there is no law.” Are those the fruits you are producing?

It’s not too late today, however we are not guaranteed tomorrow. So live today as if tomorrow would be too late.
1 Timothy 1:15-16


“It is a trustworthy statement, deserving full acceptance, that Christ Jesus came into the world to save sinners, among whom I am foremost of all. Yet for this reason I found mercy, so that in me as the foremost, Jesus Christ might demonstrate His perfect patience as an example for those who would believe in Him for eternal life.”
Peace, Love and EnJoy 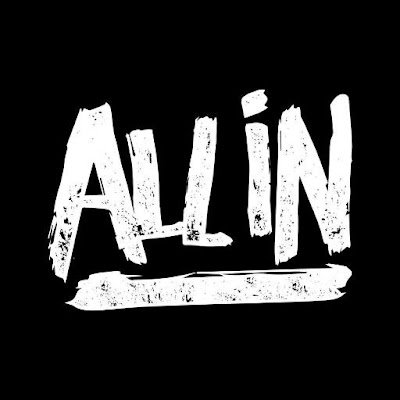