My Sweet Man and I (and our girls) just love covered bridges! There is something nostalgic about them. Maybe it is all the memories they hold, maybe even the longing to be in the country or the way things use to be, but we just adore them!

I have went with him on a few trips to Indiana for some work related training. I drop him off at the trainings and then I explore. The excitement of not knowing what you will find in the next small town or even as you turn a bin. I have found dairy farms, antique stores, homesteads, tea rooms and then I found that the area we were at was the home of many covered bridges. We work best under pressure so as soon as his training was over and in between the 4 hours we had to be at the airport, we took off! GPS was taking us through no roads, fields, pastures, it was a trip indeed but the rewards of finding those covered bridges make it all worth while. And playing in the snow that no one else had touched was the highlight.
Here are some we saw on our Indy trips: 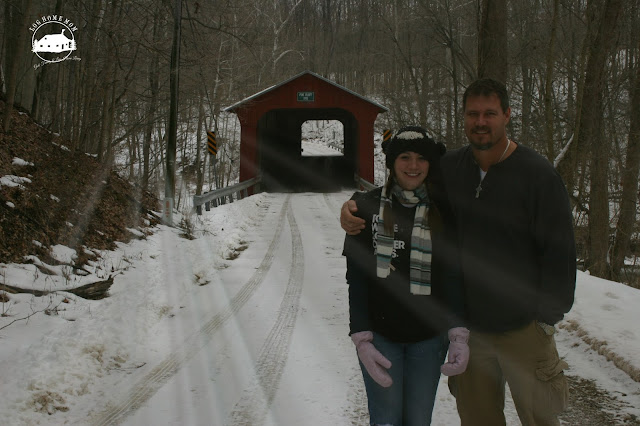 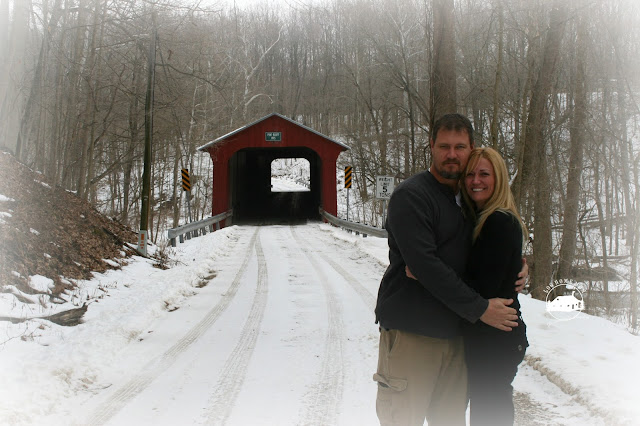 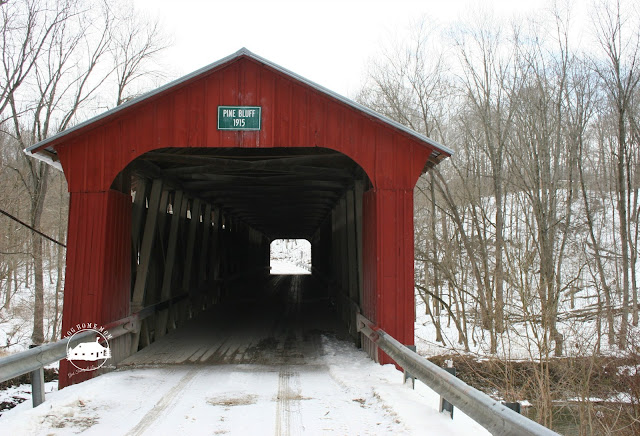 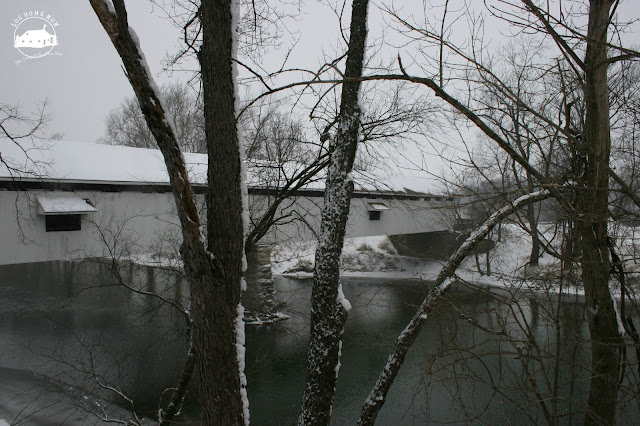 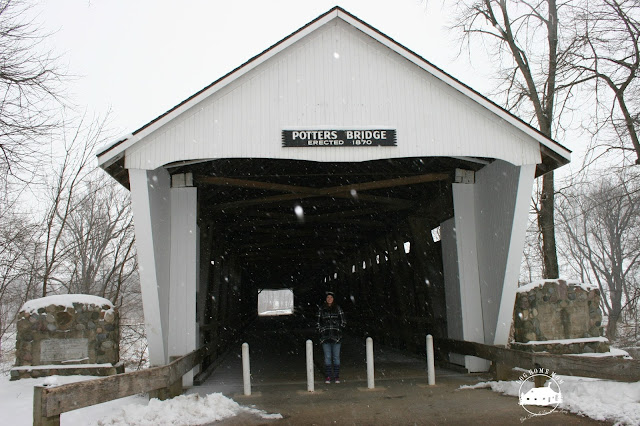 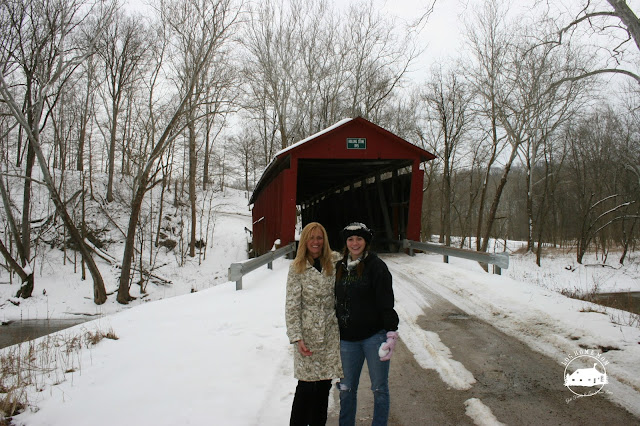 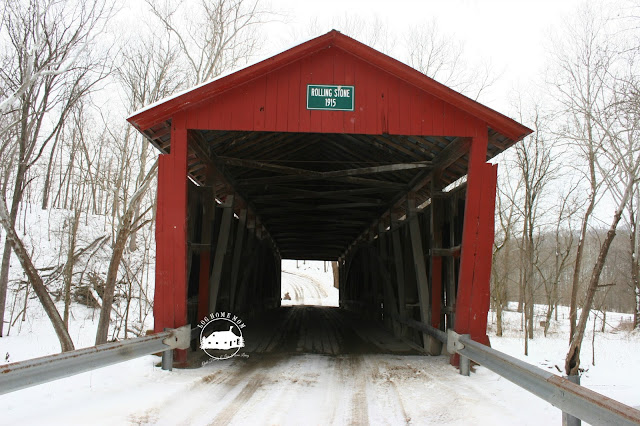 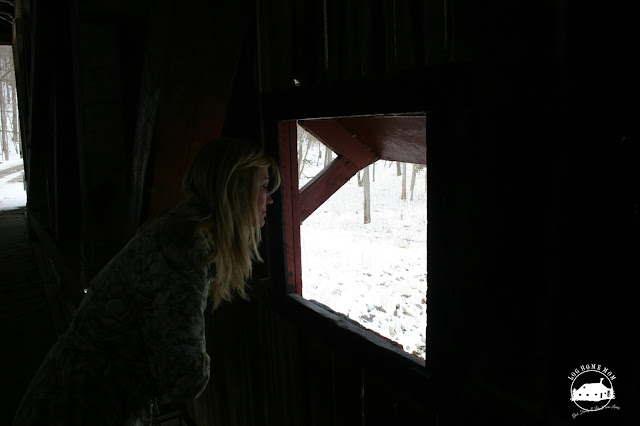 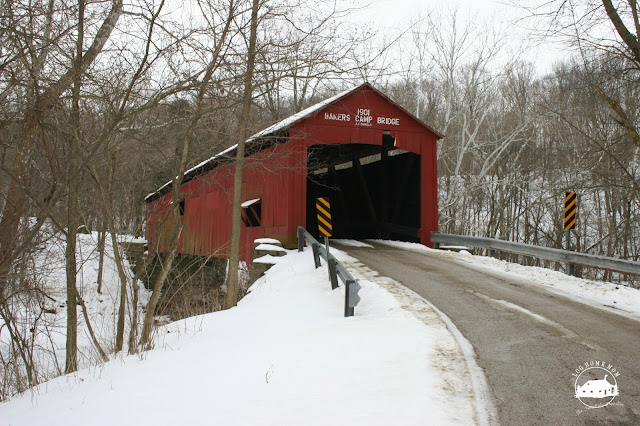 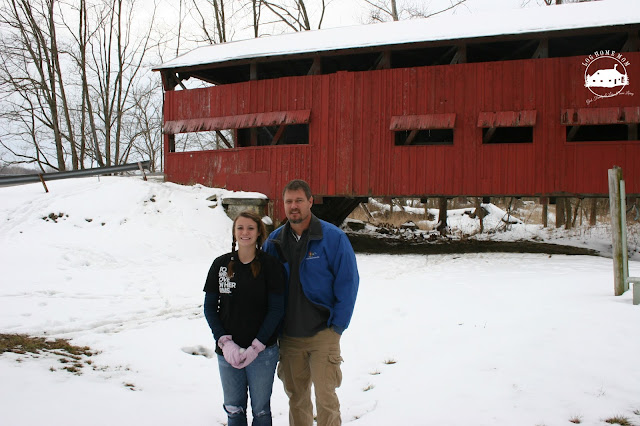 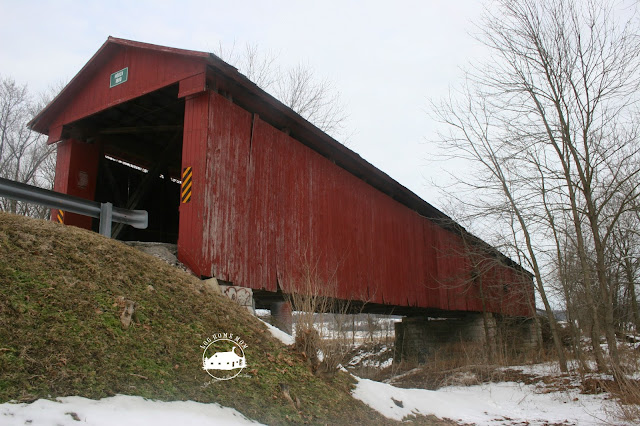 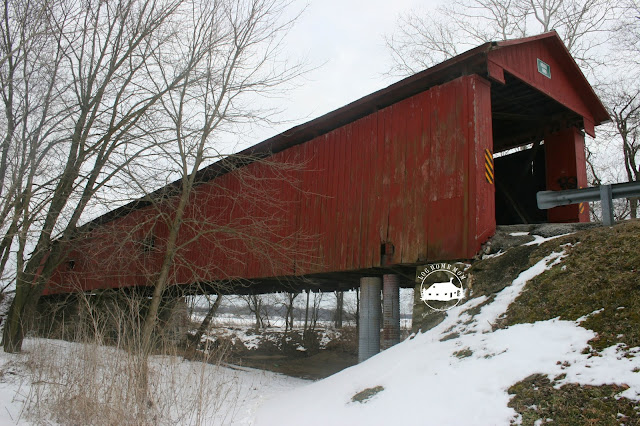 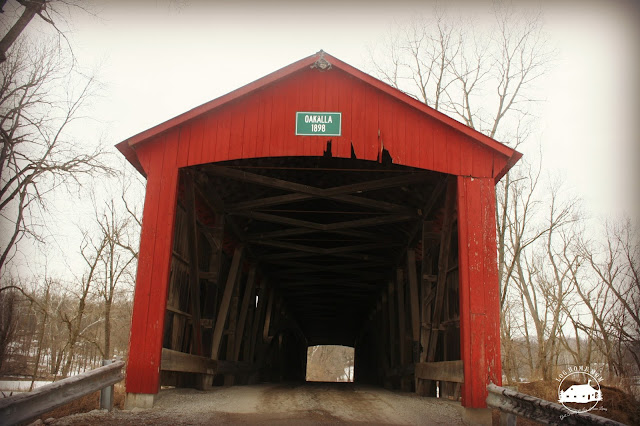 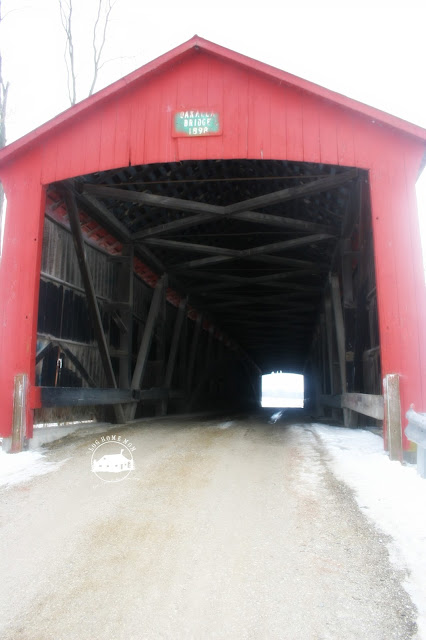 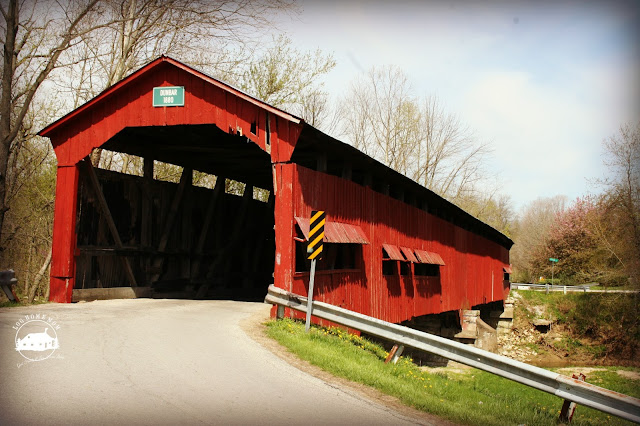 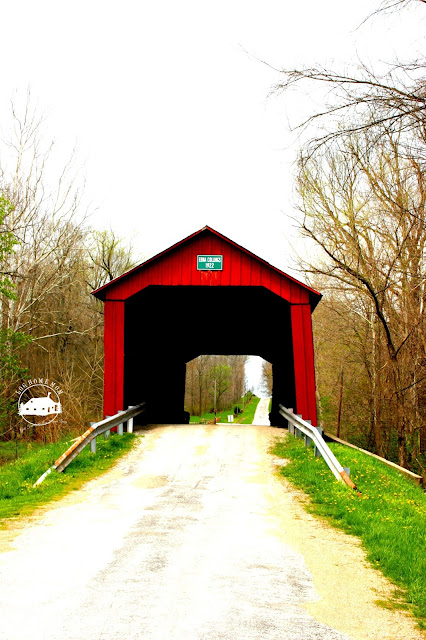 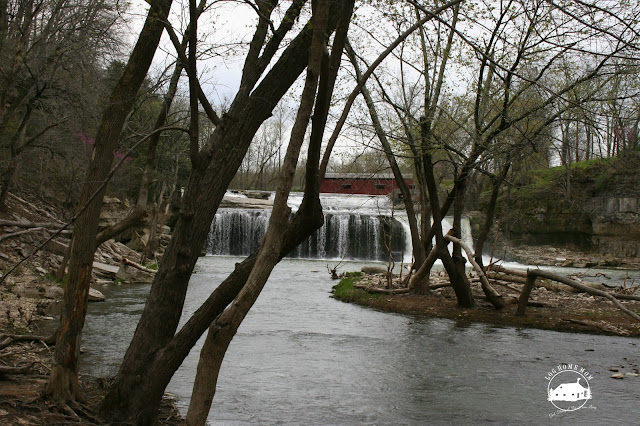 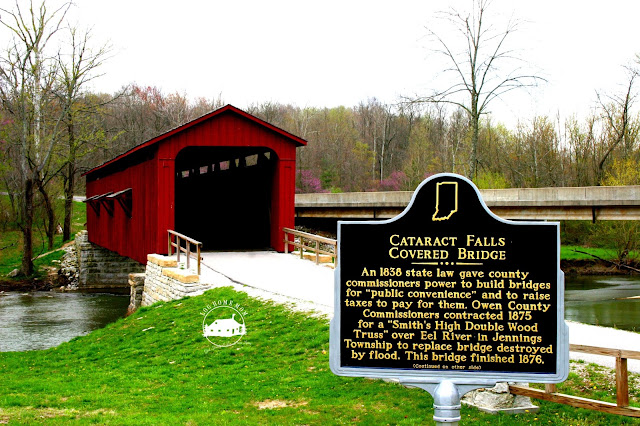 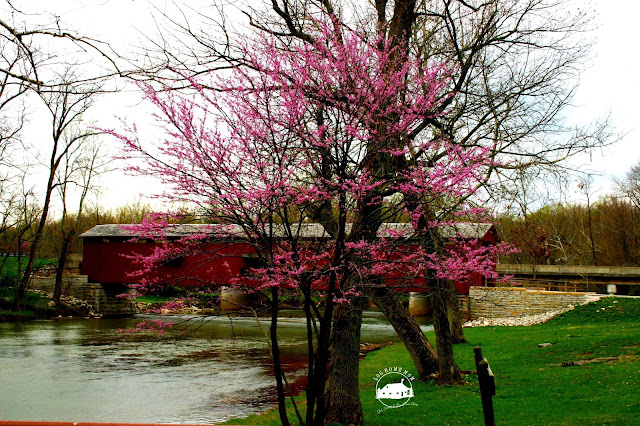 We also encountered a beautiful Covered Bridge this pass summer. We had taken a trip to Shennendoah and made it down to Natural Bridge and planned to see 3 covered bridges on the way back to camp. As you see I said “Planned” to see. We pulled up the first Bridge, Humpback Bridge, on google maps and off we went. We were use to taking some back roads when we go to the mountains and thought nothing of it when it happened on the way to the bridge. Well the road got narrower and we climbed up further, we would turn a corner and the road was a bit narrower and a little rougher. Then we lost signal and google told us we were not on a road at all. We were not worried too much about our vehicle, we are 4x4 but the kids were following in a Kia. We finally came to a decision to turn left or right and turned left and ended up on the interstate that we started on with the bridge just a little down the road. Had we stayed on the interstate, it would have taken us 10 minutes but 2 hours later, we made it. It was misty and just turning dark and the lightning bugs were out! It had to be the prettiest of covered bridges we have been privileged of seeing. 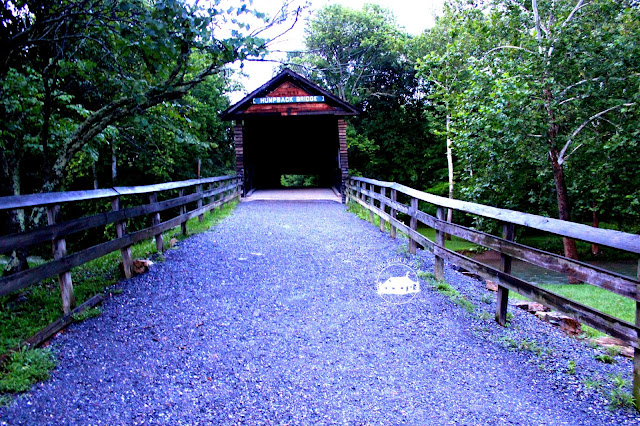 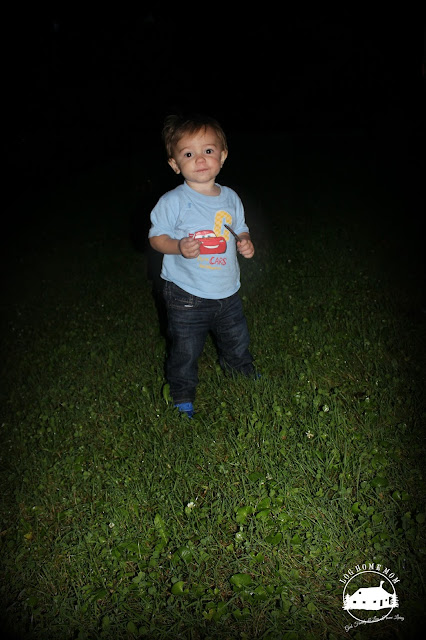 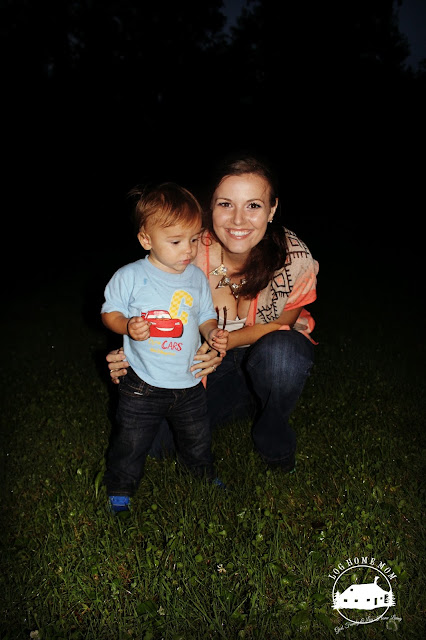 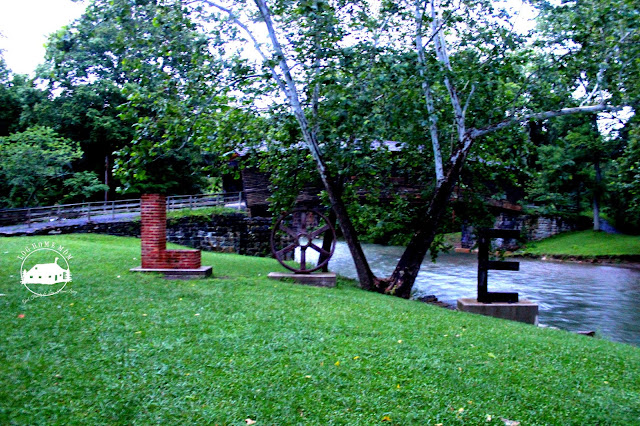 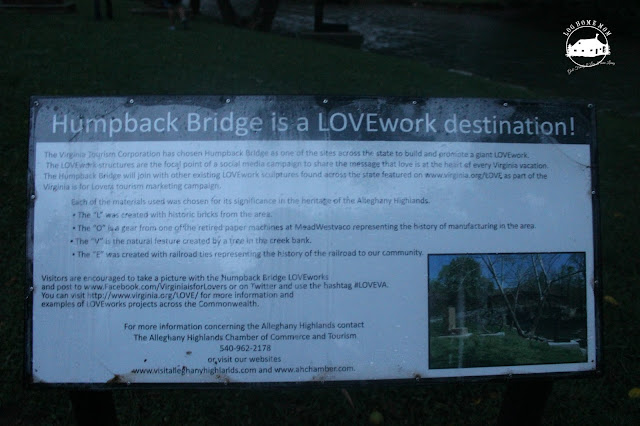 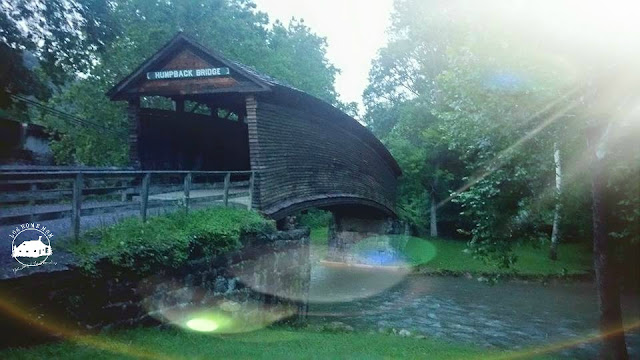 Sadly it was now dark and the other 2 bridges crossed state lines in the opposite direction of where we were going. And now being later, and headed up towards Skyline Drive, we ate dinner at the only possible place, Waffle House, which made Sweet Man and our little man happy!
The drive might be long or interesting but isn’t that what memories are made of?
We can’t wait to explore more of those memories together….
Peace, Love and EnJoy
Posted by Log Home Mom at 9:51 AM