Why is it when you go on a trip of any kind, the last day is bitter sweet? The excitement of the trip, the tiredness of the trip and the trip ending, they all are major factors in the bitter sweetness.


We had already decided to get to the Empire State Building bright and early. They had told us that the morning were the slowest. We still ended up waiting about an hour to go up top. You have to go in, go up and wait to get your tickets, go through security, then wait to take the elevator to the top. We were almost fooled into thinking that the only way you were going up was to buy the special tickets on the street. The men told us that if we just went up through the normal procedure that we would not see anything. I am positive I saw their eyes shift and I was right!! It was VERY cold, but the view was amazing. It was very much worth it and I would totally recommend going up if you visit NYC, go early!! 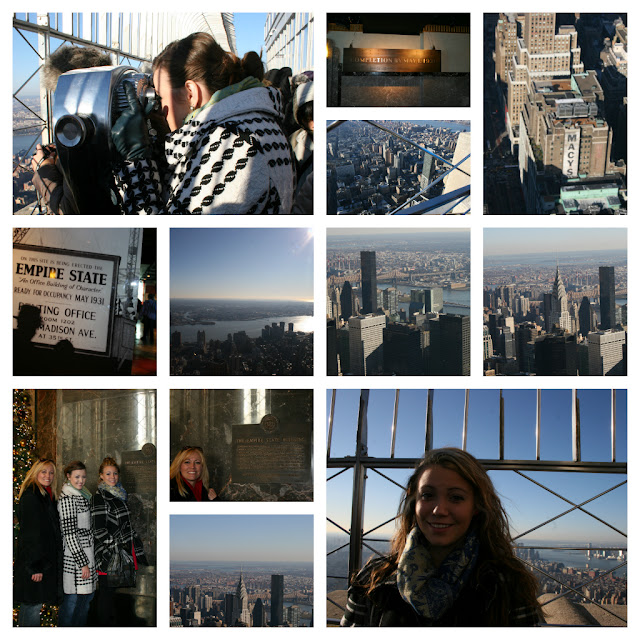 On our walk to the ESB, we came across this Pub, it caught my eye because of the Danny Boy mentioning. My sweet man was named after the song. He always gets “is it Daniel?”, no it is Danny, D A N N Y. Really? Yes! Danny Boy!! He is the funniest, when PBS was broadcasting the Celtic Women on the special from the castle, they sing Danny Boy and he said, “she is singing to me” (with a bit of a sigh). I let him think that, I am a good wife that way. Anyway back to the sign, Danny Boy was banned at this pub. Turns out that the owners thought it was depressing, it was written by an Englishman that never sat foot in Ireland and it was overplayed. So for a whole month, they did not play it in the pub. I personally think it was an ingenious advertising ploy. It got national attention and now it will always be known as the Pub that banned Danny Boy. 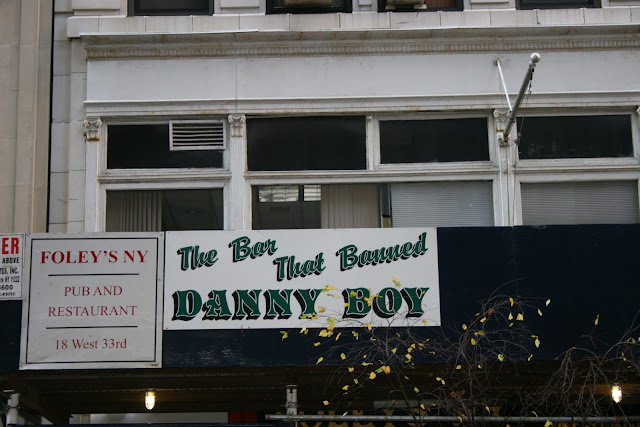 Then we had to do what every tourist does, stop at Starbucks!!! 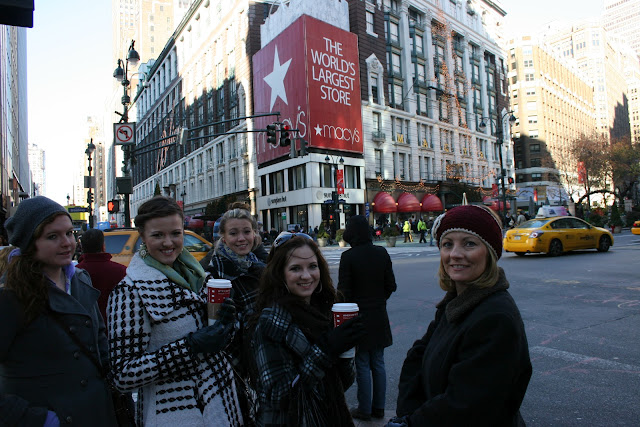 The ESB is right next to Macy’s!! This for me was a very exciting moment.. I had all my life seen movies and tv shows with store windows at Christmas Time. And Macy’s did not disappoint. The 2011 theme was Make A Wish, partnering with the Make a Wish Foundation, and feature Celebrity ornaments, you too could create and buy your own ornament. 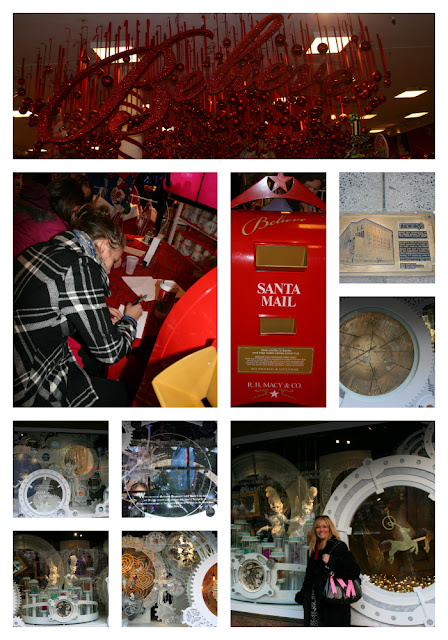 Macy’s is famous for its part in the movie Miracle on 34th Street. Santa had to prove himself in this classic movie, and I always envisioned the Santa there to be magical and perfect.. That was the disappointing part, he even had a FAKE beard!! Even our Santas in Sunny Florida have real beards, what is that about? But the Christmas Display in the store was very magical and worth the time to explore. A trip Macy's at Christmas would not be complete without a letter written to Santa also.
They still have the original escalators: 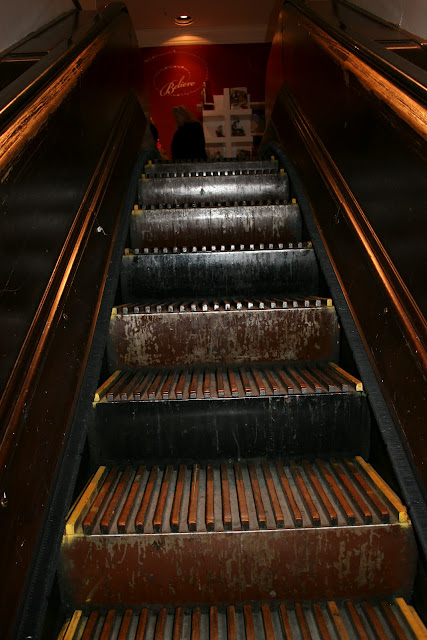 and we got to meet Ms Clause. Macy’s was worth the trip and I would def go back! 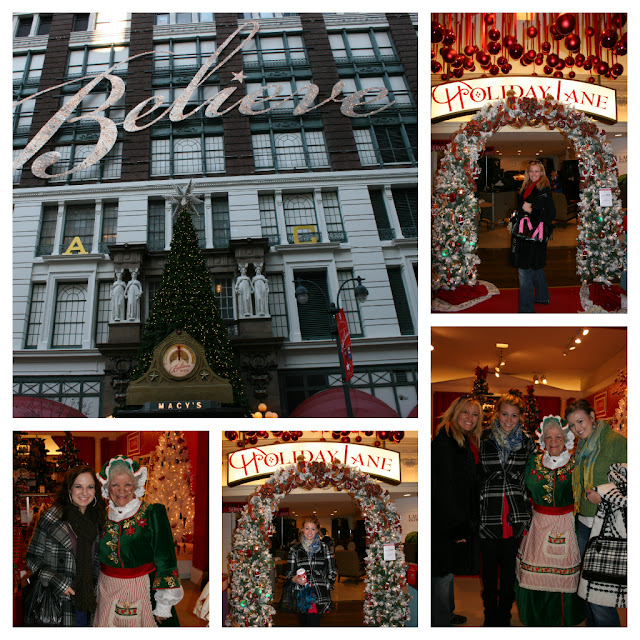 That pretty well wrapped up our last day as we had to be back at the hotel by 1 to catch our shuttle to the airport. We stopped for lunch and reminisced some. One of the last visions I had was the Christmas tree lot on the street. 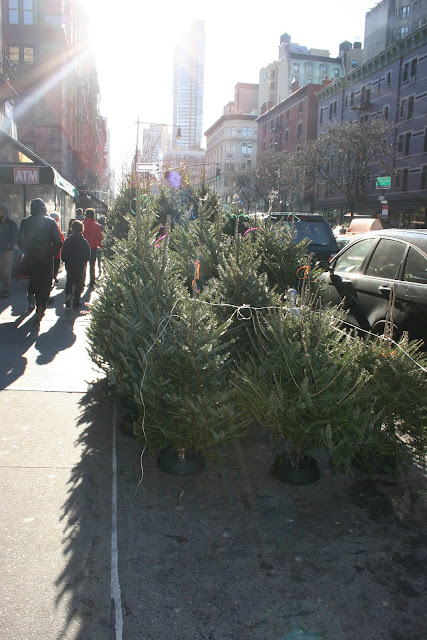